DFNN: Gaming for profit will remain a part of the Philippine industry despite crackdowns 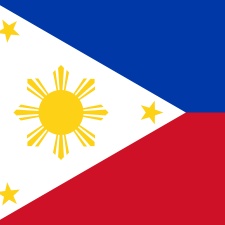 Filipino IT solutions provider Diversified Financial Network Inc. (DFNN) has stated that gaming for profit will remain an important part of the country’s gaming industry in the future, reports The Manila Times.

Gaming as a source of income has increased in frequency over the past few years, thanks in part to the pandemic, which led to people worldwide seeking out new sources of entertainment, or turning their hobbies into a way to earn more money.

The Philippines have been ahead of this curve, being identified by the E-Sports World Federation as the esports capital of the world. What began as a hobby amongst gamers grew into a phenomenon, and in 2016 The Philippines TNC Gaming Team emerged as champions of The International Dota 2 Championships.

"Digitalization has carved out a large space in society, especially during the past few years. It only makes sense given how digital-savvy Filipinos are," said DFNN CEO Calvin Lim.

POGOs are a sticking point

Despite its current popularity, online gaming in the Philippines has had a tumultuous history, thanks in part to the rise of illegal Philippine Offshore Gaming Operations, or POGOs.

POGOs offer gambling services to people outside of the country, however they must be officially licensed by the government. Illegal POGOs have been on the rise since 2016. Earlier this week the government shut down 216 such operations, deporting six of an estimated 400 illegal immigrants from China, reports ABC News. The visas of a further 48,000 Chinese immigrants are expected to be cancelled.

These crackdowns were targeted at firms which committed offences such as tax avoidance or failure to pay revenue shares. Now, the government is facing calls to ban even legitimate operators, despite the fact that POGOs have generated more than $508 million in revenue and fees since 2016.

Despite these calls, many companies have continued to grow their gaming interests within the country, including DFNN which launched mobile gaming platform InPlay in 2020. InPlay enables remote gaming access across all devices, making it the first legal mobile platform in the Philippines.