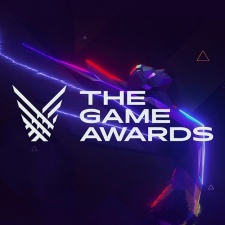 Mobile games are in an interesting place.

With two billion players globally, the sector is taken more seriously than ever, yet still a large number of gamers see it as a waste of time.

Mobile is ready to go to the next level and shouldn’t squander this opportunity.

But it’s not going to change the conversation by being at The Game Awards.

Hosted and created by Geoff Keighley over the past five years, The Game Awards brings about the best and brightest of the past 12 months for a night of celebration.

The event is known not only for its awards but more primarily for its breaking game announcements, with every year seemingly looking to outdo the last.

Though it does have its issues, the Game Awards is an amazing accomplishment.

It’s something I hugely enjoy and look forward to every year, watching in full either live or getting up extremely early to make sure no announcements are spoiled via social media, colleagues or friends.

In 2019, we had the reveal of a new Fast and Furious game from Bandai Namco, while in 2018 we had Mortal Kombat 11 and Joker from Persona 5 in Super Smash Bros. Ultimate.

These are a couple of huge moments pulled out from numerous throughout the night. Nobody talks about mobile announcements. Why? Because nobody cares.

That’s the sad truth of it. Mobile doesn’t belong here. Don’t get me wrong, it’s fantastic to see developers get recognised for their work and is something that should continue.

Call of Duty: Mobile taking home the victory for Best Mobile Game, standing alongside the likes of Sky: Children of Light and Apple Arcade trio Grindstone, Sayonara Wild Hearts and What the Golf signals to outsiders that there are quality titles available.

What isn’t needed are the advertisements?

The former Achievement Hunter’s response was understandable. The Game Awards is typically not where big mobile titles make their debut, due to the vast majority of viewers tuning in for big triple-A announcement for console and PC.

There are very few who would be thrilled to see Rovio debut a new Angry Birds game or a fan-favourite license being turned into the mobile format.

During the three-hour show, whenever mobile games featured they felt out of place. Not because they are undeserving or not up to the same quality as their peers but because they felt like intermissions.

Have you ever been super excited for a game trailer only to be completely heart broken a few seconds later? #TheGameAwards pic.twitter.com/QcrJ6ZEBw0

The likelihood of hardcore gamers that have stayed up late (or in Europe’s case stayed awake until the early hours of the morning) is not suddenly going to be enthralled by these announcements.

Do you like Nintendo games? Great, we have a Direct for you. PlayStation? Here’s a State of Play video? Microsoft? Inside Xbox is your point of calling. Even Google gets it by holding its Stadia Connects streams.

What does Apple do? A conference once to twice a year with nothing really in-between to keep people interested. It’s time for mobile to carve out its own space.

Apple Arcade is now a thing; a good thing.

It’s got the masses talking about mobile more than ever before. It’s time to build from this and showcase what’s in store for the upcoming few months. Make the audience aware of what they are getting into and create something similar to what Nintendo has perfected.

Creating an Apple Arcade direct could be just what is needed for mobile players to experience that same level of community.

As fun as Ultimate Rivals looked in its debut trailer, it’s not going to move the needle at The Game Awards.

Something needs to be created where mobile gamers can come to one place at one time to celebrate and get excited about what’s next.

If not, it will just continue to be another reason for people to tune out.