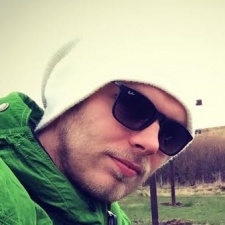 In this entry we speak to Max Petrov, Chief Product Officer at ZeptoLab, about the 2015 midcore PvP platformer King of Thieves.

PocketGamer.biz: With King of Thieves now more than two years old, how do you reflect on its performance from launch to the mature title it is now?

Max Petrov: We are very happy with what King of Thieves turned out to be. It’s a big title with more than 50 million happy players from all over the world and a major addition to the line of hit games by ZeptoLab.

And it’s still profitable until this day: almost all updates have positive ROI. The major metrics like long-term engagement and ARPU are still growing as well.

But the thing we’re proud of the most is our strong community. Some of the players have been with us since the soft launch and are still playing the game every day.

We can safely say that today King of Thieves is a major part of our business.

All in all, we can safely say that today King of Thieves is a major part of our business.

How big is the team currently handling live ops on King of Thieves?

From the very beginning, we planned to release one update in one to one and a half months, and we’re still holding this mark.

We believe that regular updates with new content, together with community management and quick and friendly customer service, are the key to success.

Right now, all requests in our helpdesk are answered within the first 18 hours.

As for the updates, our audience loves them. It’s the sign that the game is evolving.

Thematic updates customised for special occasions like Christmas, Easter, the European Championship of football and other global and local events are the most popular ones.

They are great at both re-engaging old users and bringing in “fresh blood”. With every update, we see a significant uplift in DAU.

How have you gone about ensuring that King of Thieves maintains a sizeable and active player base long after its launch?

As mentioned before, regular content updates are extremely important in keeping players engaged.

Besides, we have a very effective user acquisition team and good retargeting mechanisms.

All of it - the game’s unique mechanics, good metrics and regular new content - makes King of Thieves interesting to Apple and Google Play who, in return, support and feature us on many major updates.

King of Thieves has been downloaded more than 50 mlllion times, and we keep getting several million downloads every month.

More than 50,000 players are still with us since the first release.

More than 50,000 players are still with us since the first release, and ARPU is now twice as big as it used to be on global launch.

What lessons have you learned/are you still learning from King of Thieves? Is there anything about the game that, in hindsight, you'd now handle differently?

We learned never to be afraid of experiments and to test the promising hypotheses as soon as possible.

Another valuable lesson that we got out of working on King of Thieves is that close work with the community and constant listening to what players are saying is extremely important, as it helps to prevent certain mistakes early on.

We also learned that Asian markets require a separate workflow. They are much more crowded and full of platforms that don’t exist in the West.

So you can’t just take your standard marketing mechanisms and bring them to China or Japan. They won’t work there. You need to develop a separate strategy and take local culture into account.

Finally, we found out that updates with various thematic challenges are really worth it, because they give a great variety to the core gameplay loop and players adore them.

King of Thieves is ZeptoLab's first midcore PvP game. What are the unique challenges of maintaining and balancing such a game?

There have been (and still are) plenty of challenges, starting from maintaining stable work of servers - we had more than 100,000 online players simultaneously in peak hours - to growing and managing a huge community in more than a dozen different social channels.

Economies are nothing like in offline games: even a small change can drastically affect the overall balance of the game. That’s why we make a lot of tests before changing something for all players.

Another thing you have to be prepared for while operating a big online game is simultaneous updates on all platforms.

It requires an excellent management and coordination of all team members, but you have to master it to provide the best gaming experience possible.

What's next for King of Thieves in 2017 and beyond?

King of Thieves is still growing fast, and so does its community.

We plan to keep it that way by constantly evolving and updating the game. We have quite a lot of ideas in mind that will allow it to run for at least two more years!