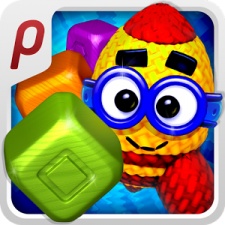 Sensor Tower reports that Toy Blast earned $36.9 million this August alone, marking a year-over-year increase of 36 per cent. That month, Toy Blast ranked 48th for revenue among all apps worldwide.

Most player spending came from the US which brought in $312 million in revenue, accounting for 71 per cent of the total. The UK came in a distant second, with 4.1 per cent of the paying audience at $18 million.

Revenue for 2017’s Toon Blast breached $200 million within the game’s first year on sale. Much of this success came from a particularly star-studded marketing campaign.

Thanks to a $100 million cash infusion following a deal with Zynga, Peak Games used the funding to partner with Deadpool actor Ryan Reynolds. Over three months, the developer worked with Reynolds to create an extensive and reactive advertising campaign for the mobile puzzler.

Toon Blast revenue rockets to $200 million in its first year