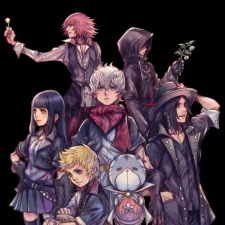 Three Square Enix mobile titles will be withdrawn from sale in Belgium because of their loot box systems.

A notice posted for each game directly calls out loot boxes as the cause for removal. After their respective withdrawal dates, these games will no longer be available to play.

"We regret to inform you that due to the present uncertain legal status of 'loot boxes' under Belgian law, Kingdom Hearts Union X will be withdrawn from service in Belgium in 30 days, on Dec. 6, 2018 (UTC) at the earliest," said the statement posted for Kingdom Hearts, for example.

Belgium ruled that loot boxes violated its gambling laws back in April, with this change wreaking havoc across the industry as publishers remove or rectify offending titles.

Square Enix isn’t the first company to be hit by the law’s enforcement. ArenaNet was forced to make changes to Guild Wars 2 following the ruling but opted to simply remove paid currency from the MMORPG rather than outright remove it from sale.

Others have decided not to take the ruling lying down. Take-Two-owned 2K Games rather infamously tried to push consumers towards lobbying local representatives into changing the law.

EA, meanwhile, may be going to court over failing to remove violating systems from FIFA 19.

These withdrawals follow a rough week for Square Enix, as the publisher posted a $33 million loss for H1 2018.