Boss calls out its partners in the space, including EA, but fails to mention Star Wars Battlefront II launch PR disaster 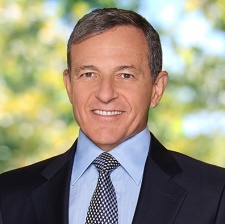 The CEO of Walt Disney has said what we've been thinking for years - the House of Mouse isn't great at making video games.

Asked on an investor call - as transcribed by Seeking Alpha - about where games sit in Disney's business moving forwards, CEO Robert Iger says that its skills don't lie in the self-publishing side of things. Rather, what works for the entertainment giant is licensing.

The top exec mentions EA as one of the partners that it has a great relationship in the games space. What is omitted from this answer is the controversy at the end of 2017, which saw Disney - maybe even Iger himself, depending who you believe - calling up EA's CEO Andrew Wilson to discuss the PR disaster that was Star Wars Battlefront II's launch and aggressive monetisation strategy. This saw the game drop its loot box business model at launch, with a revised version of this returning later in 2018.

"We're obviously mindful of the size of [the video game] business," Iger said