Rush Wars will soft launch on both iOS and Android, may release on Monday, August 26th 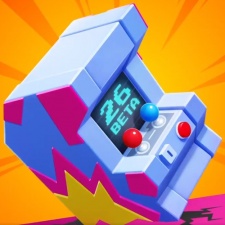 There are no details or images on the game itself as of yet. So far the game’s official Twitter account has tweeted a short video of an arcade machine falling to the ground with “26 BETA” written on the screen.

What could this mean? pic.twitter.com/iCt3cWIgqZ

Further tweets confirm it as a Supercell game, including one from the official Clash Royale account that states “new challenger approaching”.

YouTube creators also appear to already have their hands on the title, including Brawl Star Rey.

The title is set to head into beta on both Android and iOS. Supercell’s last game Brawl Stars first soft-launched on iOS, leaving Android fans frustrated until the soft launch was expanded to these devices.

Should Rush Wars make it to a full global launch, it would be Supercell’s sixth release, following the likes of Hay Day, Clash of Clans, Boom Beach, Clash Royale and Brawl Stars.

The developer’s first four games have all surpassed $1 billion in revenue, while the latter is estimated to have brought in $275 million as of June 2019 following its December 2018 release.

Supercell has a history of cancelling games that aren't massive hits, however. Games like Spooky Pop and Smash Land were shelved before a global launch, while Brawl Stars spent 544 days in soft launch before eventually getting a full release.

Update: Supercell's Rush Wars will officially premiere on YouTube on Monday, August 26th at 9am UK time (BST). You can find a link to the video below.

Update 2: Rush Wars will first soft launch on both iOS and Android in Canada, Australia and New Zealand.

Supercell was recently ranked fourth on our list of the Top 50 Mobile Game Makers for 2019.

Pocket Gamer Connects will be heading to Supercell's hometown Helsinki on October 1st and 2nd. Visit the website for details on the conference.