My.Games could launch its own Android store 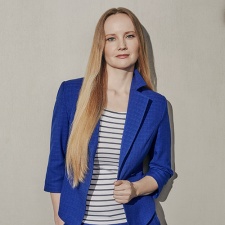 Russian publisher My.Games has held internal discussions about the possibility of launching its own Android store.

Speaking to PocketGamer.biz during Gamescom, Mail.ru marketing director Elena Grigoryan (pictured, main) said the team was “discussing that internally a lot”, though no concrete plans have been set out as yet.

Grigoryan noted that My.Games’ mobile business is growing “much faster” than PC. In the company’s last financials, mobile games were reported to represent 60 per cent of its total $117m revenue for Q2 2019.

My.Games recently announced it would be launching a new PC marketplace internationally in the shape of the My.Games Store between October and December this year.

It’s been developed off the back of the company’s Games.Mail.Ru storefront, which is said to have 13 million monthly active users.

It’s one of a number of stores to pop up in the PC market in recent years. Unlike the Epic Games Store however, My.Games told PocketGamer.biz it has no plans to chase exclusives and will also use the traditional 70/30 revenue split.

However, My.Games Store head Rodion Kotelnikov said that the revenue split is “a starting point for us”. He added that while the team isn’t announcing anything at this stage, there are opportunities to cut a different deal.

“We're a publisher, so if you want a custom revenue split, you can talk to our publishing team and discuss any revenue split you want,” he said.

“...so we're very agile at this point and we have these options, different options, but the standard option is 70/30.”

Grigoryan added: “We are discussing even now some deals with potential partners using different splits already. So for us it's just a starting point for discussion. We are flexible.”

The Android market in the West is dominated by the Google Play store. Epic announced last year that it had plans to launch its own Android marketplace, but no further details have been released since.