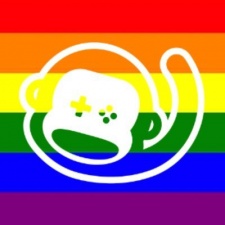 As announced on the NPIF website, the Middlesbrough-based firm will use the funding to launch its first game called Fish Tanks. The game is expected to be released later this year and will be launched on mobile, Switch, PC, Xbox One and PS4.

SockMonkey Studios is known for porting Deliver Us The Moon from PC to PS4 and Xbox One, and was also the developer of Prison Architect for the Switch.

"Having created many hits for other games companies, we are excited to now be launching our first original title later this year, and have additional games already at the prototype stage," said SockMonkey CEO Bob Makin.

"With the next generation of video games consoles due to be released by the end of 2020, there's no better time to create the region's first 'superstudio', putting SockMonkey – and the wider Tees Valley games development community – on the map. This funding, along with Mercia's knowledge of the games industry, will help us to do that."

"SockMonkey has played a key part in Middlesbrough's vibrant digital and creative sector for years, and the latest welcome news of the launch of their first original game is set to drive its growth even further," said Tees Valley mayor Ben Houchen.

"Thanks to money invested via NPIF, SockMonkey is going from strength to strength. As well as creating real jobs for local people, it's another example of businesses in Teesside, Darlington and Hartlepool going global with their products, showing our expertise on the world stage."