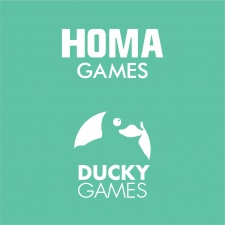 One month ago, Homa announced a $50 million Series A round of investment to grow the tech teams behind their publishing platform HomaLab, to develop additional strategic partnerships with worldwide brands, and to accelerate M&A deals.

The French scale-up today announced its second deal after last year’s acquisition of IRL Studio, as part of its plan to strengthen in-house development capacities on multiple game genres.

Homa’s technology is a layer on top of cross-platform game engines like Unity, to help developers
increase their production speed, their chance to build a hit game and to remove the financial risk. This
infrastructure is built on three main pillars:

While aiming to make its platform accessible for the largest number of developers, the company is expanding its internal teams by acquiring experienced studios to increase its in-house game creation capabilities.

"Ducky Games and Homa Games have a strong relationship, perfect cultural fit, and the same ambitions

Ducky Games is a game development studio founded in 2015 by Samy Badache and Antoine Carouge. Very early on, the studio turned into hybrid casual games and garnered valuable experience on fast and efficient game development for the genre.

Over the years, Ducky Games has worked with some of the best publishers and released 3 titles on the market. Before completing the acquisition, Ducky Games had been successfully collaborating with Homa Games for a year.

Ducky Games was also instrumental in the development of the new Arcade Idle genre. Back in February 2021 the studio and Homa Games published Craft Island, one of the first Arcade Idle products. The goal with this acquisition is to scale the new genre further with new titles built in-house and to keep structuring and developing internal teams to work on more innovative products.

...joining Homa will give us the best opportunities to fully achieve our ambitions

Guillaume Cazelles, Market Intelligence & Studio Lead at Homa Games, said: "Ducky Games and Homa Games have a strong relationship, perfect cultural fit, and the same ambitions. This led to a first hit - Craft Island, which achieved over 20 million installs - which was an innovation in our industry exploring the new Idle Arcade genre.

The new strategic partnership with Ducky Games now part of Homa, will position the team on innovative gameplay, strengthen our development capabilities, and release hits never seen before."

Ducky Games founders Antoine Carouge and Samy Badache added “We are thrilled to join Homa
Games! Over the years we have always aimed to grow as a studio with the goal of creating innovative
products, and joining Homa will give us the best opportunities to fully achieve our ambitions thanks to
their methodical, technology-driven approach."

This acquisition reinforces Homa Games commitment to assembling experienced and high performing
teams to sustain its growth. The company is currently receiving applications for more than 60 open
positions.