Over 30 million downloads across 27 titles 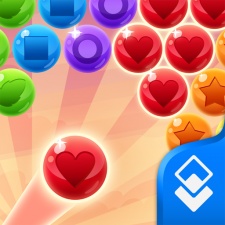 Tether Studios has revealed that it has generated over $250 million in lifetime revenue.

Since launching its first game in 2016, Tether Studios has increased its portfolio to 27 games that, between them, have accumulated over 30 million downloads.

To continue its growth throughout 2022, Tether Studios has stated that it will soon announce new games to "push the boundaries" of skill-based mobile games to reach new genres and audiences.

Based on the firm’s internal data on player engagement and spend, Tether believes that industry reports have undercounted the growth of skill-based games by up to 60 per cent.

"There’s a tremendous opportunity in the skill-based gaming sector right now, as players of all kinds are embracing casual competitive games for their phones and tablets," said Tether Studios co-founder and CEO Tim O’Neil.

"We’ve seen a record rise in tournament matches and deposits over the past year, and now we’re hiring more developers, designers, artists and product managers to keep up with the pace of content needed and the increasing appetite of players for competitions."

Tether Games co-founder and COO Aletheia O’Neil added: "Skill-based games are about casual competition between players. While traditional eSports generate more buzz with their big-budget broadcasts, we’re making bite sized competition accessible for everyone, and this is part of why the mobile skill game market is being overlooked right now."

Last month, Call of Duty: Mobile surpassed $1.5 billion in consumer spending since its launch in October 2019, with the US leading spending at $647 million.