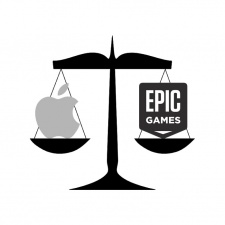 Roblox has voiced its support for Apple in the ongoing Apple vs Epic Games legal dispute surrounding App Store policies.

Last week, Apple requested that the courts reject Epic’s appeal on the basis that the latter has not shown that Apple has committed any legal wrongdoing. Since yesterday (March 31), Apple has been granted permission to use outside arguments to support its case.

As reported by Reuters, one of the first games firms to weigh in is Roblox, with the company commending the App Store for the safety and security that it provides users.

"Apple's process for review and approval of apps available on the App Store enhances safety and security, and provides those apps greater legitimacy in the eyes of users," said Roblox in its legal filing in support of Apple.

Roblox also played a key role in the original Apple vs Epic trial last year. Epic Games argued that Apple had provided Roblox with the ability to allow users to purchase other games in the app, therefore violating Apple’s App Store policies.

Apple later described Roblox’s user-created content as "experiences" as opposed to games, with Roblox later following suit and changing the name on its platform. It was around this time that Roblox repositioned itself as a metaverse company.

Also provided support for Apple were two former CIA directors and 21 other former US national security officials. Reuters has stated that the appeal hearing is expected to take place next year.

Epic Games are not the only party vying for Apple to open the App Store gates. Earlier this week, the EU proposed legislation in the Digital Markets Act that if approved would force companies such as Apple to allow sideloading and third-party payment systems in the EU.