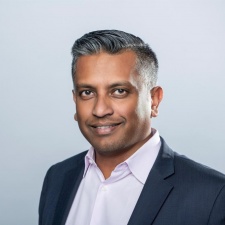 Amdocs has released the findings of its "The New Gamer Report", which details the consumer expectations around cloud gaming, 5G, and the metaverse in the UK.

Data comes from a March 2022 survey of 1,000 UK consumers who met the criterion of gaming at least once per week.

Of the results found, one of the most noteworthy is that 85 per cent of UK gamers would consider bypassing new game hardware purchases in favour of the cloud. Meanwhile, slightly less than half think cloud gaming will completely change the industry.

Nearly three-quarters of the sample surveyed use or intend to use cloud gaming services sometime this year, and more still would pay upwards of £7.60 ($10) monthly for extra cloud gaming services if bundled with a 5G connection. One of the biggest draws of cloud gaming is that players have the ability to stream games from any device and locations, and this is what respondents said they are most excited about.

"These findings uncover several essential factors, first and foremost the need for networks to be future-ready for in-demand, intensive and seamless experiences – such as evolutions of the metaverse and the supercharging of low-latency cloud gaming," said Amdocs group president of technology and head of strategy Anthony Goonetilleke.

Lately, cloud gaming and streaming have been growing noticeably within the industry. Antstream Arcade revealed a 3,200 per cent increase in new players in 2021, and gaming subscription platform Utomik has plans to bring its 1,000 plus PC games library over to mobile by the middle of 2022.

On the investment side, there has been notable participation by companies supporting cloud games. In February, Finland-based Return Entertainment raised $6 million in a funding round led by Bitkraft Ventures to create cloud-native games.

Amdocs' report can be read in full here.