Analysis of over 200 million instals and 12.6 billion clicks 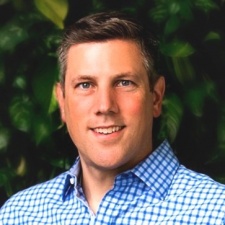 Liftoff has released its fourth annual Creative Index report, which examines the means by which advertisers can get the best performance in a more privacy-focused world.

The report, which included data between January 1 2021 and January 1 2022, analysed 200 million instals and 12.6 billion clicks. The trends are categorised across four key areas: gaming, e-commerce, finance, and entertainment.

Liftoff’s report suggests that this is the year of ad creatives. Given Apple’s elimination of access to IDFA and similar moves expected on Android, Liftoff suggests that app marketers will need better creatives to reach new audiences.

The report found that currently, only 4 per cent of casual game video ads managed to tap into the top player motivation for the category: completing milestones. This suggests huge room for improvement in motivation potential.

Playable ads were consistently the most cost-effective ad format month-to-month in 2021, excluding September where, lining up with the release of iOS 15, playable ads tied with banner ads.

"Understanding what motivates your target audience is key for marketers to get ahead of the curve, and the data shows that playables are where it’s at," said Liftoff CEO and co-founder Mark Ellis.

"As mobile marketers look at the big picture this year, it’s important to factor in platform needs when it comes to engaging, interactive ads to pique the interest of your custom industry audience."

While both Android and iOS saw spikes in CPI costs, Android maintained cheaper ad creative costs and offered higher value across ad formats during 2021. Android devices were found to be less expensive across all ad formats.

Liftoff Vungle also reported in November that 37 second video ads are most effective for hypercasual games.

The full Creative Index report by Liftoff can be found here.