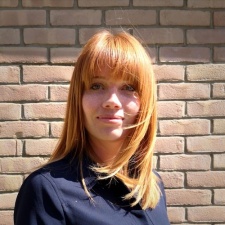 Mobile app marketing platform Liftoff is launching its new "Women in Mobile" initiative, with the launch party set to take place next week.

Seeking to connect and support women across roles in mobile marketing and content, the initiative will involve networking events and opportunities for women to share experiences.

The first meet-up, which will serve as the launch party for the initiative, is set to take place in London on April 27 in the form of a cocktail event and a panel discussion. Female leaders on the panel will include Dentsu X account director Catherine Poole, Drest head of UI/UX Caitlin Goodale, GameHouse UA manager Natalie Cook, and Flo Health VP product, engagement marketing Aurélie Genet.

With women in mind

Earlier this month, games studio Superbloom announced the raising of $3 million in a Seed Round to develop its first mobile game for women. Also this month, Ludia Games joined forces with Montreal-based Gameloft and Square Enix studios to promote female leadership in a virtual conference.

Commenting on Liftoff’s new initiative, Liftoff head of marketing EMEA Marydeana Nolan said: "When it comes to the global games industry, only 25 per cent of roles are held by women. So it’s important that we create ways to encourage more women to join our industry, and support those already here.

"That’s the idea behind Women in Mobile by Liftoff. Our hope is that even our relatively small contribution can make a difference, and help bring more talented women into our dynamic and exciting industry."

In an interview with us at PocketGamer.biz, Infinite Arcade product core contributor Ekin Eris stated that when compared to more traditional businesses, "the gaming scene in Turkey is more developed in gender equality".