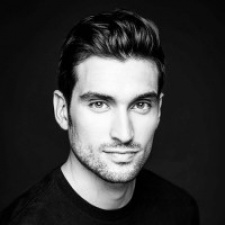 The free cloud gaming platform Piepacker has today announced the addition of public gaming rooms and a move to mobile, along with its rebrand to Jam.gg.

Jam.gg has a library of games ranging from indie projects to Atari titles, as well as its own original games such as Arsene Bomber. The library will now be accessible online via desktop as well as on mobile, marking its first foray into this portable space.

Among the new features is the ability to join or create private and public rooms for up to eight people to play in. The "safe mode" allows chat without cameras and "moods" can match players in rooms based on their interests and playstyles, with a partnership with Bodyguard.AI to support security and safety for users in the future.

New games announced for the catalogue are Team 17’s Overcooked! and Moving Out, due later this year. The rebrand comes as Jam.gg has reached 2 million users.

"We believe that gaming is fundamentally a social activity, and with our evolution to Jam.gg, we’re creating an ultra-accessible gaming experience that can be enjoyed at home or on mobile. With 2 million users worldwide already, being available on more platforms will help us reach even more people," said Jam.gg CEO Benjamin Devienne.

"Our community is awesome and continues to be overwhelmingly positive in their support."

We interviewed BlueStacks CEO Rosen Sharma last month about the future of blockchain and mobile gaming belonging on the cloud.