No change in CEO responsibilities for Nexon or NXC 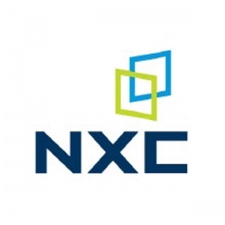 Correction: our coverage of the Financial News item was incorrect, and Yoo Jung-Hyun's responsibilities within NXC, parent company of Nexon, has not changed and she has not been named CEO of NXC.

The text of the original and incorrect news item has been maintained below.

Following the passing of Nexon founder and former CEO, Kim Jung-Ju, in February 2022, the firm has selected Yoo Jung-Hyun as its new CEO.

According to Financial News, Yoo Jung-Hyun was appointed chief executive of Nexon’s parent company, NXC, on April 27. Gamesindustry.biz reports that she also holds roles as auditor and investor in NXC, and that her shares and those of her children also account for 30.79 per cent ownership of the publisher.

Forbes currently lists her net worth at $2.8 billion.

Nexon closed 2021 with a 20 per cent year-over-year decline in mobile revenue, citing a period of “building and investment”, and the firm started 2022 by launching Dungeon & Fighter, one of its core franchises, in South Korea.