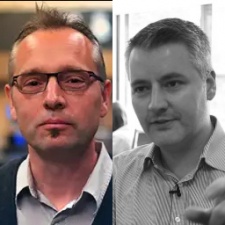 Magic Fuel Games founders Kevin Shrapnell (CEO), Rajan Tande (CTO), Kip Katsarelis (CPO), and Chi Chan (head of art) had worked on a number of AAA games at EA, including the SimCity franchise, and subsequently co-founded Magic Fuel in 2015 to focus on the simulation and city-building genres.

With this acquisition, Shrapnell will join Playstack as Chief Operating Officer.

Harvey Elliott, CEO at Playstack, said: “I have a great deal of respect for the leadership team of Magic Fuel Games, having worked with them at EA, and I am delighted to be working alongside them again through this acquisition. The addition of Magic Fuel brings further IP to the Playstack portfolio, adds revenue to 2022 and 2023 operations, and allows us to accelerate our strategic ambitions.”

Kevin Shrapnell, CEO at Magic Fuel Games, added: “We have long admired the way in which Playstack approaches game publishing, and are thrilled to become part of this exciting organisation. Magic Fuel and Playstack have a shared belief in the untapped potential that simulation-based games present, and we are delighted to be able to add our passion and expertise for this genre to that of the Playstack team.”

Mergers and acquisitions in the mobile games industry are, of course, escalating at a dramatic rate, with Take-Two's acquisition of Zynga successfully completed last week. You can check out the top 10 biggest video games acquisitions through this link.