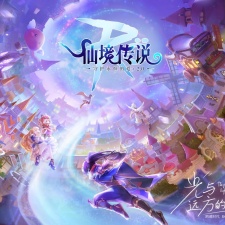 As the Chinese gaming market struggles against harsh regulations, strict censorship, and increasing competition, Shanghai-based company studio XD has announced its plans to prioritize the US market as it expands, as reported by South China Morning Post.

According to senior vice-president Zhang Xiang, US players have a “better understanding” of games, and will serve as a testing ground for the company’s growth strategy.

“There is an interesting phenomenon that if a cultural and entertainment product, whether it is a movie, TV series, or a game is successful in North America, its performance in other markets will not be too bad, so if we want to be successful on a global scale, North America is a market that we should invest in as early as possible,” said Zhang.

In 2021, XD’s revenue decreased 5.1 per cent, while losses widened from ¥9 million yuan to nearly ¥900 million yuan. However, Zhang states that this expansion strategy is key to the company’s goals of turning a profit by 2023. Most of the company’s games will be exclusive to its TapTap games store, and the company is making tweaks to its games to appeal to the US market.

XD’s Flash Party was the recipient of one of only 45 gaming licenses issued since China resumed granting them in April 2022. The difficulty of gaining a license has had a noticeable effect this week, with the regulations being cited as a reason for NetEase’s game Diablo Immortal being delayed indefinitely in the country.

In addition to the licensing issues, China has also implemented strict restrictions on young gamers, allowing anyone under 18 to play only for an hour each on Friday, Saturday, and Sunday. As a result gross revenue growth for the Chinese gaming industry slowed to 6.4 per cent in 2021, its slowest growth in three years.