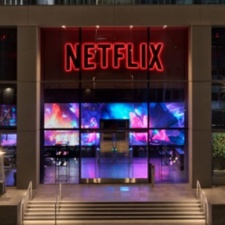 As global advertising technology and sales partners on Netflix's television business, the companies are working together to provide a new ad-supported offering in an effort to give consumers "more options" in accessing Netflix content.

Microsoft president of web experiences Mikhail Parakhin stated that marketers using Microsoft for advertising needs "will have access to the Netflix audience" in addition to the associated TV inventory.

Hoping to provide value and choice to its customers, Netflix COO Greg Peters made note of the "flexibility to innovate over time on both the technology and sales side" via Microsoft, whilst protecting its members’ privacy.

"It’s very early days and we have much to work through. But our long-term goal is clear: More choice for consumers and a premium, better-than-linear TV brand experience for advertisers," he added.

"We’re excited to work with Microsoft as we bring this new service to life."

We at PocketGamer.biz have reached out to Netflix for comment.

During Netflix's Geeked Week last month, the streaming service revealed a new The Queen’s Gambit mobile game alongside many other titles based on its shows.

Since then, Netflix has also partnered with Subset Games for the exclusive mobile release of Into the Breach, which we interviewed Subset Games' Matthew Davis about ahead of the game's launch next week.