Mobile represents almost 80 per cent of revenue, with strategy titles growing the most over Q2 2022 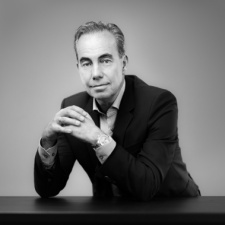 Stillfront Group has published its interim report for Q2 2022, showing a 31 per cent year-on-year increase in net revenue, and a two per cent increase in mobile share to 79 per cent.

The Swedish company cites the success of the Strategy titles and the acquisition of 6waves titles as part of the reason for the success of its mobile branch.

The Swedish company specializes in the acquisition and management of mobile and browser games worldwide, owning studios such as Nanobit, Goodgame Studios, and Kixeye.

“We took additional steps during the quarter to further strengthen our user acquisition and data platform capabilities through Stillops, which enables us to work seamlessly across the group, continue to expand our market reach globally and create significant synergies between our studios,” said Stillfront CEO founder Jörgen Larsson.

The financial report cites “the addition of games from recently acquired studios, FX effects and organic growth, mainly driven by strong growth in Strategy” as part of the reason for the 31 per cent increase in net revenue compared to the same period last year.

The company has 1,713 MSEK in bookings in its active portfolio. Strategy, the company's most successful genre, saw an 83 per cent increase in bookings, year-on-year, across 21 games.

In contrast, the 26 mashup and casual titles in the company’s catalogue accounted for 24 per cent of the company’s year-on-year revenue growth. Other genres fared less well in this regard, with simulation, RPG, and action games seeing a slight decline of a combined three per cent.

The report states that mobile is the most popular gaming platform on the planet, and it's been a particularly strong platform for Stillfront. In Q1 2022, the company's mobile share stood at 78 per cent, representing a steady upwards trajectory.