A strong quarter for the company 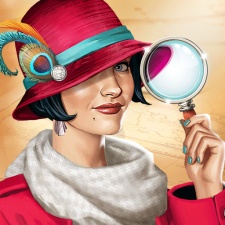 Israeli developer Playtika has published its quarterly report for 2Q22, breaking down its successes over the last three months.

However, net income is down by almost two thirds, from $90 million to $36.4 million. Adjusted EBITDA also fell from $238.9 million to $264.4 million from the same period last year.

The company has over $1.8 billion in available liquidity as of June 30th, with $124.1 million in cash, cash equivalents and short-term bank transfers.

"We are proud of our performance in the second quarter in a challenging economic environment," said Chief Executive Officer of Playtika Robert Antokol,. "We maintained growth in key strategic areas including our Casual game portfolio and Direct-To-Consumer platforms, and demonstrated the resiliency of our business. Looking ahead to the second half, we are focused on the continued introduction of exciting new content for our existing portfolio of games and on our new game development initiatives as well."

The company’s casual portfolio grew 10 per cent year-on-year, and currently comprises 53.3 per cent of the company’s total revenue. Average daily payer conversion also increased slightly, from 2.9 per cent to 3.2 per cent.

Looking forward, the company is forecasting revenue of around $2.6 billion dollars and Adjusted EBITDA of $900-940 million dollars for the full year.

Although the company saw several year-on-year decreases in key metrics this quarter, it still enjoyed a strong quarter overall. These decreases can be attributed, in part, to the normalizing market following the easing of lockdown restrictions worldwide.We recently reported that the market has fallen 9.6 per cent year-on-year, with most genres seeing declining revenue.