Brace Yourself Publishing will focus on a smaller client base 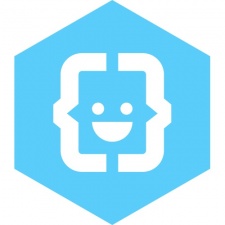 Brace Yourself Games is best known for games such as Crypt of the Necrodancer, Cadence of Hyrule, and Phantom Brigade. The company plans to leverage the experience it’s gained through developing its catalogue of games to help bring games by small developers.

Unlike larger publishers, Brace Yourself will focus – at least for now – on a smaller selection of titles the company loves and believes in. In particular, the company is looking for unique games with deep replayability, in genres with reasonably sized player bases.

The publisher is accepting submissions on its website in all stages of completion and will assist in aspects of promotion and publishing such as marketing, press outreach, business development, and trailers.

The perks of a publisher

Although independent developers benefit from the chance to maintain more creative control of the final product, it also means that the creator may struggle to bring their titles to the attention of a wider audience. A publisher’s primary focus is on monetising games, which means that often a developer’s original vision will get lost as the publisher aims to create a game with wider appeal.

Brace Yourself’s strategy of focusing on unique games, albeit those within popular genres, could attract developers who may be worried that working with a publisher could result in the final product being radically different from their original intent.

Earlier this month, we hosted a guest post by Ducky's Daria Udodova on how hypercasual developers can bring their games to the attention of publishers.