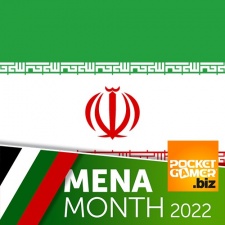 Iranian authorities have blocked Supercell’s Clash of Clans amid fears that players may be using the game’s chat feature to coordinate protests, reports The New Arab.

The protests began as a result of the death of 22-year-old Mahsa Amini, who was arrested by the moral police in Tehran for incorrectly wearing her hijab. Amini was taken to a detention facility where she died under mysterious circumstances.

Since Amini’s death, the countryhas been rocked by protests, with hundreds arrested and at least 154 people believed to have been killed.

The protestors are using the slogan “Women! Life! Freedom!”, an expression used by female Kurdish fighters rebelling against Daesh, with women pulling off their own headscarves in protest. Worldwide, protestors are showing their solidarity by cutting their hair, which is a symbol of protest, unhappiness, and mourning in Iranian culture.

The Iranian government has blamed foreign powers, such as the US and Israel, for the protests.

This marks the second time that Clash of Clans has been banned in Iran, with access to the game being blocked in 2016 due to concerns that it “promoted violence and tribal conflict”.

Given the reasoning for the ban, it’s likely that other games could also see similar restrictions imposed in the future, as protestors continue to find new ways to organise demonstrations. Many titles utilise in-game chat, so while the authorities' move could affect the protests in the short term, it’s unlikely to curtail the movement entirely.

Earlier this year, we listed Supercell as one of the top 50 mobile game makers of 2022.