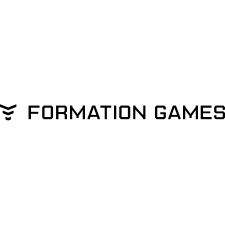 The new team will be led by former Football Association CEO Alex Horne as Chair, ex-Bungie General Manager Jonty Barnes as CEO and former Sports Interactive exec Neil Dejyothin as executive producer. The studio’s first project will be a game called CLUB, a football management game that aims to expand beyond team mangement into all other aspects of football culture. The game will be released on mobile.

[From the left] Alex Horne, Jonty Barnes and Neil Dejyothin

Barnes spoke in the announcement on his appointment “I'm thrilled to join Formation Games as their CEO, CLUB is a labour of love from a talented group of AAA game developers and football fans looking to shatter gaming norms. This is a project that will truly disrupt the space and showcase the new approach that Formation Games is bringing to the table. We're excited for 2023 and beyond as we show more of what CLUB is all about.”

The decision to focus squarely on a football management game may be a risky move, given how competitive the genre is, however bringing in important personalities from both the football and game development world demonstrates that CLUB will be an important first step for the studio. And the game's focus aims to be on an expanded football experience beyond the usual management of finances and players, to something more in-line with the real world culture of running a football club.

As Alex Horne comments in the announcement, “I know first-hand from my time at the FA the highs and lows that accompany football ownership. The sweat and tears that can be gloriously rewarded, or undone, by moments on the pitch. The combination of authentic football club ownership and gaming that Formation Games is building in its impending release of CLUB will appeal to a huge audience and I am delighted to be an investor in the business and to formally join the team as Chair. I’m excited to work with Jonty, Neil and the team to open up football partnership opportunities for CLUB.”

It goes without saying some of the biggest franchises in gaming have revolved around sports, including EA’s massive FIFA franchise. Their FIFA Mobile entry has seen massive growth recently, indicating there is still untapped room for success in the mobile sports game market.