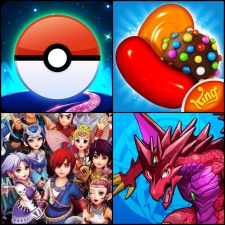 The mobile games industry has quickly developed into one of the most profitable and lucrative entertainment industries in the world.

The most popular mobile titles are now consistently exceeding $100 million individually each month, with a majority of consumer spending generated from Asia, thanks to the likes of China, South Korea and Japan contributing heavily

Here at PocketGamer.biz, we have curated a list of the highest-grossing mobile games of all time to give insight into what games have proven time and time again to be powerhouses of success.

As provided by mobile app intelligence firm Sensor Tower, the revenue estimates span the period of January 1 2014 to October 27 2022.

The figures are representative of consumer spending across the App Store and Google Play and do not include third-party Android stores.

Similarly, these figures do not represent additional revenue that companies may have earned through advertising and sponsorship deals.

Something worth noting is that not a single entry on this list is a premium title - instead, each entry falls under the free-to-play category and includes in-app purchases.

This speaks volumes about the mobile games industry and sets a precedent for future developers on how best to monetise their games if they wish to crack this list.