NFTs, the metaverse, and hybrid monetisation 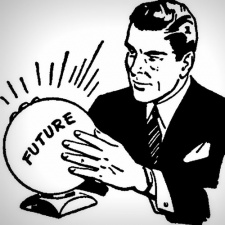 PocketGamer.biz’s 2021 trends and 2022 predictions articles were written concurrently. And, above all, there is one definitive conclusion we’ve reached: what a bizarre distinction.

The stories that took place in 2021 didn’t begin this year, and they won’t end on December 31st. They ebb and overlap, infusing any trend, every analysis, each data point with the successes and failures of what preceded it. Apple announced the effective retirement of IDFA in 2020, committed to its App Tracking Transparency framework in April 2021, and the true ramifications will be known in the years to come.

These stories are one and the same, just different. So, with our powers of soothsaying thoroughly simmered, here are three stories that PG.biz anticipate will come to define 2022.

It simply cannot be ignored. More mobile games companies are choosing blockchain as a vehicle for in-game economies and as a pathway to provide its audience with more ownership over their purchases. The list of companies that announced a commitment in gaming NFTs during 2021 includes Sega, Gameloft, Louis Vuitton, Aftershock Media Group, The Sandbox, and Ubisoft (although this scant list does a disservice to the breadth of that commitment). The success of Axie Infinity and the sheer amount of money within its ecosystem, with lifetime trading volume surpassing $1 billion, must be acknowledged.

There are significant hurdles. Google and Apple’s storefronts are, of course, some of the principal obstacles to the mass-market proliferation of mobile blockchain gaming. And the infancy of blockchain gaming will also resist early standardisation, as AppLovin head of games Keith Kawahata told PocketGamer.biz: "The market can expect several contenders to fight to be the ‘back-bone’ of the play-to-earn ecosystem, making it highly fragmented to start, but likely to consolidate and standardise over time."

But blockchain and NFT remains something the majority of players around the world know little about and even fewer are considering financial commitment to. No one is pushing blockchain for a large slice of a small pie, and while many in the industry are excitedly moving forward with NFTs, with efforts to counter some of the most prolific criticisms, how blockchain gaming becomes truly established remains to be seen.

The future of the metaverse already looks optimistic. App Annie speculates that combined play-to-earn and metaverse mobile game revenues will surpass $3 billion in 2022, and while PG.biz is less than entirely enthused by the comparisons with Ernest Cline’s Ready Player One, the promise of cross-cultural immersion has proven undoubtedly appealing. For wider technology industries, this takes the form of an intensely broad spectrum covering virtual, augmented, and extended reality amalgamating physical and digital experiences.

Roblox is perhaps the standout example of metaverse cross-branding and player ownership opportunities, recently partnering with Forever 21, Nike, Ralph Lauren, and even the Fashion Awards to integrate purchasable items and tailored experiences. AR stalwart Niantic, valued at $9 billion in November, has expressed its intent to building “a real-world metaverse” with partnerships with Coatue and Fold.

In a sponsored column on PG.biz, Alexandre Salem, global director of gaming partnerships at Huawei, pointed to a definition of the metaverse as ‘a persistent, infinitely-scaling virtual space with its own economy and identity system’. But perhaps the most important issue to resolve will be ownership and openness of the metaverse - will this be a singular virtual space essentially owned by no one, akin to the internet?

This approach will be at odds against the closed systems of Google and Apple. But a diverse array of "alternative visions", as in Niantic’s direction, risks fragmenting the audience, staggering the rate of standardisation, and flaring the division between creator and player ownership.

It’s not just the downfall of IDFA. In-app advertising as the principal monetisation strategy has become increasingly risky. When the value of the mobile games market is expected to reach $272 billion by 2030, you don’t want to invite jeopardy by committing to a fool's errand.

But while hybrid monetisation has been explored for many years, IDFA has definitely escalated a need for another approach. Wappier director of customer success Dr Matina Thomaidou wrote on PocketGamer.biz: "Hypercasual games have all the players in the world — but a fraction of the IAP revenue of similar titles." Social casino games, which typically precisely target users to identify the most ellubient spenders, have also struggled significantly.

Regardless, IAA will continue to play an integral part of monetisation. Analysis from the Facebook Audience Network at Pocket Gamer Connects Digital suggests that a balanced approach to hybrid monetisation can support player retention, especially at a point when fewer than five per cent of players pay for IAPs, claiming 71 per cent of hard- and midcore players responded positively to opt-in rewarded video ads.

But you don’t need to take my word for it, when you can listen to the PocketGamer.biz podcast (which will make a triumphant return in 2022). Episode 5 explores growing monetisation trends with special guest Imran Khan, EMEA sales lead for Facebook Audience Network.