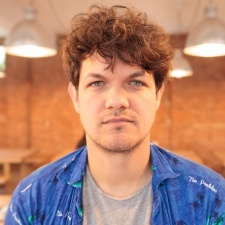 During PocketGamer.biz’s time at GDC 2022, there was not one day – be it during a panel, at a meeting, casually chatting during lunch or dinner – where someone did not explicitly state late-stage capitalism was a deleterious force on the games industry. So, it is perhaps no surprise that ustwo chief creative officer Danny Gray casually mentioned: “If it was up to me, and not talking on behalf of a company, it would be great if we never had to worry about monetisation ever.”

In part one of our interview with Gray, he spoke of ustwo’s push to creating “meaningful games at scale” and using more of the tools and methodology widely deployed across the mobile games industry to this end. “This isn’t a declaration that ustwo is now aiming to be a 100-people studio, but step by step, game by game, we want to be reaching more people.”

But scaling up and reaching new audiences, with the inherent cost of operating F2P titles – “if you’re accepting $50 million to scale up, they’re expecting $500 million in return. This can force you into a position to adopt negative means of encouraging in-game spending” – means thinking about new ways of monetisation. Fortunately, Gray and ustwo are in fine company.

Eyes to the sky

“In this regard, there’s only one company I look up to; thatgamecompany. To my mind, Sky: Children of the Light is the only game that’s managed to do meaningful, artistic engagement at their kind of scale.”

Gray is enthused by thatgamecompany’s success in monetisation – “You have to go out of your way to find out how to spend money. But that hasn’t resulted in them making less money, they’ve made loads!” – and cited Jenova Chen’s GDC talk, which outlined thatgamecompany’s efforts to evoke altruistic monetisation and avoid standard methods predicated on negative emotions.

Sky is one of the few games that use data towards creating human connection. Data as a force for good

“A lot of games use jealousy or dominance as a form of monetisation – jealousy of another player’s cosmetics or abilities that let you dominate over other players to make yourself feel better. There are so many other emotions in the spectrum of humanity that you can use data to speak to, and Sky is one of the few games that use data towards creating human connection. Data as a force for good and a means of encouraging positive behaviour.”

In PocketGamer.biz’s follow-up chat with Chen, he spoke of some of Sky’s development challenges, including spending 18 months developing an alternative to the virtual d-pad – “a better control scheme native to the touchpad” – only for the mobile audience to have moved on and readily accepted the d-pad as standard.

But Gray remains enthusiastic about the true potential of the touchscreen: “When you hear people describe Web3 and blockchain as the future of gaming, they make it sound like there’s no breadth left in the technology we already have. But touchscreens are great! It’s such a direct form of interaction that is really intuitive for non-gamers.”

Whether or not we have successfully captured the potential of touchscreen gaming remains to be seen – in much the same way AR and VR remains nascent and explorable – but Gray thinks change will be from a creative or design perspective, rather than technological, and hopes it will not be suffocated by enthusiasts wanting to propel blockchain gaming.

“Everyone can see the design cases for playing games on a mobile phone. But – and maybe I’m missing something – we can track the shifts in play from arcade to home, from 2D to 3D, from iteration of controllers, the move to mobile games and online games; all of these had inherently interesting propositions that people were excited about exploring. I don’t think we’re seeing that at all with blockchain gaming.”

Blockchain is an unavoidable topic. Be it Gray’s drive for ethical monetisation or the inherent promise of technological disruption, the mobile games industry cannot discuss them without addressing the current push towards blockchain gaming.

“My personal opinion, but I think there is an unhealthy obsession with seeing the line go up. That growth must be achieved at all costs, whether in the games industry or any other. And I think it’s fair to say that not only is it unsustainable, but that the mobile games industry has a tendency to move in this direction, more than most.”

Gray has an unusually close champion for blockchain technologies: his father, whose principal argument lies in acknowledging the financial success of games such as Axie Infinity and acknowledging the seismic weight of entities contributing their influence in proliferating the blockchain industry and sub-culture.

“I would be more persuaded if I saw any interesting design cases. If I had the time, I would love to spend a few days going through the motions of experimenting to see if I could find an interesting use case, because I’m not seeing any. And so far no one has convinced me otherwise. No matter how much my dad tries to tell me the numbers on this-or-that blockchain game are massive.”

Gray pulled out a book – Paul Pethick’s The Power of Play: How Play and its Games Shape Life – from behind the camera: “This book explores the history of humanity and why play is such a powerful tool. Nowhere in this book does it say earning money.

“It’s an unfortunate reality that a lot of people speculating are in low-wage countries. Mining things may be a form of personal sustainability but it says nothing about the quality of the product; whether it is fun or engaging. And if they’re the things people don’t care about, you and I know what the kind of experiences they’ll end up make.”

Advocates have made parallels between the birth of blockchain gaming and that of F2P. However, Gray, a keen Legend of Legends player, is similarly disaffected: “I’m fortunate to be in a situation where, should I decide to quit, I don’t need to recoup the money I’ve spent. But ultimately, whenever I’ve decided to drop £30 in League, it’s because I’ve really enjoyed the game.

“There are a lot of people in the F2P space who are trying to bring joy to masses of people. When you’re reaching out to that many people, you inevitably have to sanitise your product, you can’t necessarily take as many risks, and you do have to wrestle with monetisation. But that sharing of joy is still present. I very rarely see that with blockchain; most people jumping on the trend are doing on from a business scaling perspective, not a user case perspective.”

Gray became increasingly animated as we talk about the blockchain push, which concluded with a somewhat nihilistically definitive statement: “When we’re all dead and gone, what do you want your impact on the world to be: your $4 million exit or all the lives you’ve changed?”

It’s a bit like a lifetime achievement award, isn’t it? My life’s not over yet!

It strikes me very late in our conversation that the overriding theme of everything we have discussed is legacy. From the imperishable weight of technological advancement on the mobile games industry to the inspiration you take from your peers, as in the case of Jenova Chen. From Gray’s burgeoning days at Lionhead, Kuju, and Hello Games to the gentle disclaimer he made at the very beginning of the call: “Sorry, the noise cancellation should be on, but you might hear my baby crying in the background.”

So, it seems like the ideal close would be to highlight all of the names he has peppered throughout the call: John Sinclair, Matt Miller, Jennifer Estaris, Peter Pashley, Justin Michaels, and particularly María Sayans: “I hope it’s clear how much I value everybody on the team, especially María. Frankly, I wouldn’t want to do this with anybody else.”

After the MGA 2022 ceremony, Gray joked about the finality of the Mobile Legend award: “It’s a bit like a lifetime achievement award, isn’t it? My life’s not over yet!” But I think we can all be secure in the knowledge that he has more legendary moments to come.

Check out the first half of our conversation with Gray through this link, where we discuss his first steps in the industry, finding ustwo and making games for a new audience, and using data as a force for positive change