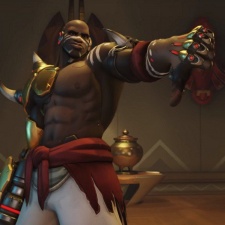 Various esports organisations could be headed for a market correction due to overvaluation, according to multiple industry sources.

A report by Sports Business Daily claims much of the worry stems from a disparity between the valuation of esports organisations and the average revenue that they generate.

The result of this could lead to layoffs at companies focused on less popular games, as seen recently with Infinite and Echo Fox.

Some esports experts even go as far as to predict that firms will be forced to return to the capital markets at a lower valuation, which will cost founders and early investors money and control.

One of the reasons for the lower than desired revenue streams, it's claimed, is that sponsorship income isn’t growing as rapidly as hoped, with organisations lacking the hard assets and control of IP that sponsors are looking for.

On top of that, labour costs have increased exponentially over the past four years due to a combination of a non-unionised workforce and a sharp influx of investment dollars.

The labour predicament has forced some teams to choose between excelling in competitive performance or in investing in other business lines that might yield long-term growth, such as elite sales teams and advanced merchandising operations.

“I try to choose my words carefully because no one’s more bullish about esports than I am.

"I just think good; old-fashioned common sense would go a long way here because the revenue has still not caught up to the size of the demographic and eyeballs.”