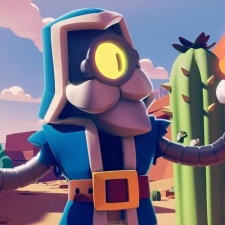 Supercell's Brawl Stars has generated $422 million in gross revenue from its first year, according to Sensor Tower.

Launched worldwide on December 12th, 2018, the multiplayer mobile shooter has made the bulk of its revenue from South Korea with $94 million or 22 per cent originating from the country.

The US placed second at $73 million or 17 per cent before Germany claimed third with $35 million or eight per cent of the overall total.

Asia as a whole generated $143 million in revenue for Brawl Stars, accounting for 34 per cent of its player spend and beating out Clash of Clans and Clash Royale. However, when it came to global spend, Brawl Stars still trailed behind its older brothers as the third-best game in Supercell's catalogue in terms of revenue.

Google Plays users made up the majority of revenue at $242 million or 57 per cent, while the App Store claimed the remaining $180 million or 43 per cent of the total figure.

Throughout its first 365 days, Brawl Stars was downloaded approximately 141 million times globally. Brazil edged out the US with 14 million downloads or 10 per cent to rank first, with the latter earning 13 million installs equating to nine per cent. Russia then grabbed third at 12 million or 8.5 per cent to round out the top three.

Android users once again topped the number of downloads, generating over 106 million or 75 per cent of the total. Players on iOS then made up the remaining 35 million installs or 25 per cent. The average revenue per download equated to $2.90.

Supercell soft-launched a new game, Rush Wars, back in August, which blended elements from its previous games to make a fast-paced, casual action title. However, the game was cancelled just four months later after players deemed it too repetitive, and multiple updates failed to fix the problems.

Hot Five: Epic hands out MegaGrants, Konami partners with Shenqu on Castlevania, and how does Battle Legion monetise?

Can't the user just turn down the mobile's volume or simple mute it?