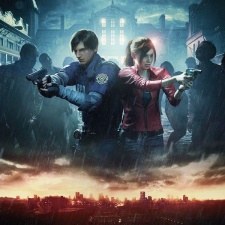 We now know more about the upcoming reboot of the Resident Evil film series.

As reported by Deadline, this new take on the Capcom horror IP will be closer to the source material than the Paul WS Andersen movies, which were rather liberal in their interpretation.

Constantin Film is handling the film and has also unveiled the lead roles. Claire Redfield will be played by The Maze Runner's Kaya Scodelario, while Ant-Man and the Wasp's Hannah John-Kamen is portraying Jill Valentine. Chris Redfield is being played by Robbie Amell and Tom Hopper of The Umbrella Academy fame has been cast as Albert Wesker.

The film is reportedly set "in 1998 on a fateful night in Raccoon City," with the above cast list pointing to this being an adaptation of the first three Resident Evil games.

For the full story head over to PCGamesInsier.biz.