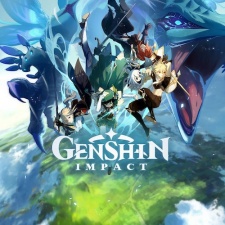 HoYoverse’s Genshin Impact has now seen global revenue surpass $3 billion across the App Store and Google Play Store, ranking as the third most successful title for all-time mobile revenue generation since its release.

Having launched in September 2020 at a time when its creator HoYoverse was still known exclusively as MiHoYo, the title has averaged $1 billion in revenue every half-year according to Sensor Tower; it took 171 days to reach its first $1 billion on mobile sans third-party Android spending.

The game reached the $2 billion milestone within its first year.

The average number of monthly Genshin Impact players has increased 44 per cent year-over-year and the majority of spending has come via the App Store. As the top-grossing gacha mobile game this quarter, nearly 70 per cent of player spending comes from Asia with the biggest spending in China.

To date, the game has accumulated $973.3 million in China on iOS alone: 30.7 per cent of global player spending. Japan homes its second-biggest spenders, giving 23.7 per cent of its lifetime revenue, and 19.7 per cent comes from the US.

Outside of Tencent games, Genshin Impact has generated the most revenue for a mobile title since its release, only behind Honor of Kings and PUBG Mobile. You can check out our soon-to-be-revitalised billion dollar club – the list of unicorn mobile games – here.