"From the beginning, Roblox was an inspiration," 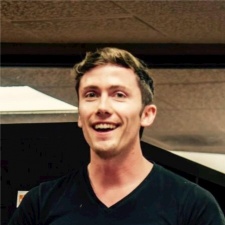 TriplePlay came into action two years ago, offering teams that were not in-person a way to build camaraderie and connection, as well as developing virtual gamified social events for companies.

During this time, the startup virtual games company raised around $1 million in seed funding from firms like Goodwater Capital, N49P, and Box One, and worked with clients like Deloitte, KPMG, Telus, Certn, and HiMama.

"Roblox’s vision is to reimagine the way people come together to connect, create and express themselves through immersive, interactive shared experiences," wrote TriplePlay on their website.

"We share this vision. At Roblox, our team will help deliver an incredibly immersive experience to Roblox’s 58 million plus daily active users on an expanding variety of platforms and operating systems."

Now two years later, the company announced starting from September 30th, 2022, TriplePlay will be shutting off all user data - all user data connected to their TriplePlay account will be deleted.

Roblox and its vision

TriplePlay CEO and co-founder Mark Hlady stated on a LinkedIn post regarding the acquisition that the firm for people to foster deeper connections at a time when work was remote and tech platforms moved from connecting to entertaining.

Hlady further wrote, "From the beginning, Roblox was an inspiration, and Roblox’s vision to reimagine the way people come together to connect, create and express themselves resonates with me."

Roblox also made news when the firm recently partnered with Supermodel Karlie Kloss and a team of designers to create five pop-up shops within the game, which ran until July 25. This year also saw former Zynga chief technology officer Nick Tornow join Roblox as its new vice president of engineering for development.

Last week Roblox came in 13th place on our top 50 mobile game makers of the year.