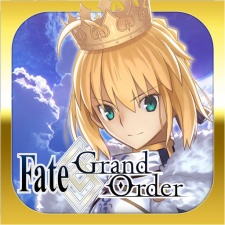 Japanese anime and music firm Aniplex has revealed its intentions to acquire the games division of Fate/Grand Order developer, Delightworks.

The acquisition will take place in Spring 2022, once the games division has been split from Delightworks and established as a new company.

All of the current Delightworks staff, including the development team behind the company's flagship title, Fate/Grand Order, will transition to the new company, which is yet to be named.

Following the acquisition, the newly formed company will work closely with Fate/stay night franchise (on which Fate/Grand Order is based) creator Type-Moon and Aniplex.

Delightworks will continue to maintain its current operations, minus its games branch.

Despite its minimal global presence, Fate/Grand Order is one of the highest-grossing mobile games of all time and has surpassed over $5.4 billion in player spending to date. Aniplex is responsible for publishing the game in both Japan and North America on iOS and Android devices.

"We are confident that the completion of this transaction will give us more opportunities to take on the challenge of creating new games in the future, and will bring us unprecedented excitement," said Delightworks president and COO Yoshinori Ono (via Google Translate).

"With the corporate philosophy of Delightworks, 'Just Make Great Games', we will continue to deliver happiness to people all over the world.

The terms of the agreement have not been disclosed and the acquisition is subject to the approval of relevant authorities.

According to Newzoo, the Japanese games sector is expected to surpass $22 billion in player spending this year, with free-to-play mobile RPGs such as Fate/Grand Order keeping players engaged for the long run.