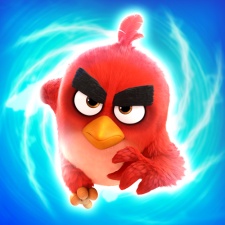 Rovio confirmed to PocketGamer.Biz that the deal has been struck with its “long-term partner” to release the new AR game across iOS and Android, which will see the birds invade the living room through the technology.

Angry Birds Explore will feature characters from the movie as well as a number of activities to interact with the birds in AR. Players can earn Anger Coins to decorate their room as they see fit, while a Mystery Box is gifted once a day for users that log in to the app.

Chupa Chups was confirmed to be Rovio’s first brand partner for Explore, with users able to scan QR codes from wrappers for an experience that includes the lollipops in AR. More brand partners are due to be revealed later down the line.

Angry Birds Explore soft-launched in Finland, Spain, Portugal and Russia at the end of May. There is no official global release date at this time.

It's yet another example of Rovio exploring AR and VR, having previously worked with Resolution Games on Angry Birds: Isle of Pigs.

“Angry Birds Explore is a fun and exciting way to bring the Angry Birds world to your living room through the magic of augmented reality,” reads the App Store description.

“Step inside a number of Angry Birds attractions to play fun mini-games, make AR animations, and interact with the Angry Birds world like never before. Explore Bird Island and join your favourite characters from The Angry Birds Movie 2 to play games, do fun activities, and tend to your worm garden.”

The Angry Birds Movie 2 is a sequel to the 2016 flick which will see the birds face off against the ruler of the Bad Piggies, King Mudbeard. The first trailer for the film was recently released.