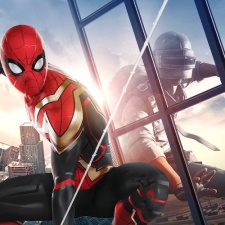 Tencent has partnered with Sony Pictures Entertainment to bring Spider-Man to PUBG Mobile.

The partnership is to celebrate the release of the upcoming Spider-Man: No Way Home with Spider-Man related in-game items.

The partnership is scheduled to take place in January 2022, with the version 1.8 update.

The partnership is the latest to come to the battle royale, following last month’s partnership with Riot Games and Netflix to bring characters from the recently released League of Legends animated television series, Arcane, into the shooter.

"Spider-Man is one of the most beloved characters both in the superhero world, and more widely in popular culture," said Tencent head of PUBG Mobile publishing Vincent Wang.

"The opportunity to team up with Spider-Man: No Way Home means that we can bring the excitement and anticipation of the film and character to PUBG Mobile, something we’re certain our players, and Spider-Man fans, are going to love."

Sony Pictures Entertainment EVP of global partnerships and brand management and head of location based entertainment Jeffrey Godsick added: "This exciting collaboration will allow fans around the world to expand their engagement with their friendly neighbourhood Spider-Man through PUBG Mobile’s state-of-the-art gaming experience - all while on the go with their mobile phone."

According to Sensor Tower, PUBG Mobile was the highest grossing mobile game worldwide for the fourth time this year for November 2021, generating $254 million, an increase of almost 46 per cent year-over-year.