Scopely-owned game has a total of 265 million downloads 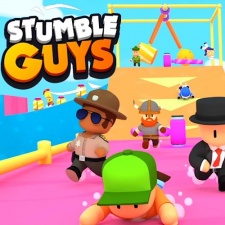 The Scopely-acquired battle royale title Stumble Guys has hit its latest milestone, having garnered more than $60 million in total revenue via in-app purchases. The game has also amassed a total of 265 million downloads.

As reported by Mobilegamer.biz, Stumble Guys has yet to fall from the top end of US, UK and other European charts, achieving 29.5 million monthly downloads or roughly 650,000 downloads per day. The majority of its downloads come from Android users, who have installed the game 215 million times compared to 51 million times on the App Store.

When it comes to revenues, Stumble Guys has earned $31.5 million on the Google Play Store versus 31 million on iOS, showing downloads don’t strictly correlate to spending.

Appmagic’s data over the past six months show that Stumble Guys has made average monthly earnings of more than $8 million. This equates to approximately $400,000 of daily in-app purchase revenue.

Consistent with its appearance high in the charts there, the top-grossing region for Stumble Guys is the US at $17.8 million. By contrast, the UK doesn’t reach the top five regions. Brazil is in second for the highest-grossing region with 7.4 million spent on Stumble Guys’ in-app purchases, meanwhile Indonesia is third at 5.85 million. Italy and Germany are currently very close as the fourth and fifth highest spenders, at $4.4 million and 4.1 million respectively.

It is also noteworthy that the revenue data from Appmagic exclude app store fees and come from developer payout, meaning that total spending from consumers is in fact even higher.

Kitka Games won Rookie of the Year 2021 at the Finnish Game Awards 2021 for creating Stumble Guys.