Kakao's tips for surging to success in South Korea

Messaging giant on making it big on KakaoTalk 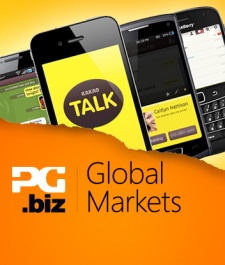 It's an essential resource, and for those that read through 'Global Markets 2013', the impact of one particular company is hard to ignore.

South Korea's mobile market is a vast one, with 73 percent smartphone penetration across a population of 50.2 million. And a single outfit reigns over that huge audience. Kakao is its name, and the KakaoTalk mobile messaging app is its means.

In 2013 KakaoTalk became the standard distribution platform for successful mobile games in Korea and beyond, skyrocketing from just over 100 million users to well beyond 300 million.

It today dominates the market to such an extent that few alternative distribution options remain commercially viable for Korean games makers.

But getting a game on KakaoTalk's KakaoGame platform is a tricky business. Functionally, it is a fairly straightforward platform. KakaoTalk features its own game centre; a place that plays host to tailored games downloaded through Apple or Google's stores, where titles with Kakao-specific features can be consumed.

However, Kakao carefully authorises all games available on the platform, effectively granting access to its social graph, meaning only a selected few make it to the platform, and into the hands of millions of Koreans.

Fortunately, Kakao has shared some advice on how to find success on KakaoTalk, having learned much throughout the company's 2013 growth explosion. If you're looking to make a move on KakaoTalk, then read on with care:

"We were able to spot two prominent market trends through our platform,"says Toby Ban, director of Kakao Games' business department of lessons about success learned in 2013.

"The first is the shift from casual to mid-core and hardcore games. Whereas matching or puzzle games and running games dominated the game market in 2012, role-playing games and trading card games began to gain wide popularity in 2013.

"A sub-trend that we witnessed following this trend was that while games in 2012 needed to obtain one million DAU to raise significant revenue, games in 2013 could reach the same revenue level with only 100,000 DAU."

Additionally, Ban and his team are seeing increasingly intense competition on the platform; something many studio's would do well to prepare for.

"With more than 300 games now being serviced on the KakaoGame platform, competition has become fiercer than ever before," explains Ban.

"Mediocre quality games are having difficult time competing against high-quality games, and game developers are trying out new things to heighten the quality and popularity of their games. This resulted in the distribution of higher quality games."

So if you want to make it to KakaoTalk, go for quality, and avoid the casual. Of course it's not quite so simple, but as starting points, those two insights come directly from the horses mouth, and should give you a foundation for succeeding on Korea.

As for the team at Kakao, they too are preparing for more hard work in 2014, as they ready their platform for increased competition, and tune it to better meet market needs.

"In 2014, we expect the game platform market to reach a ripening stage, and expect to see other players benchmark Kakao to reinforce their platform's presence in the Korean games market.

"Platforms will make various attempts to cater to the various needs of Korean consumers, with hopes to appeal to Korean smartphone users and gamers. Ultimately, successfully finding its position between a social platform and a game platform will be the core agenda for the upcoming year.

"Kakao will continue to be at the forefront of this trend, offering new innovative solutions, built on the deep understanding of our users accumulated through the past one-and-a-half years of experience."

One-and-a-half years might not sound like long, but thanks to Kakao, much has changed in Korea over that time. And so it follows that 2014 should also see a great deal of evolution in the domestic market.

One thing is certain to remain the same, however. Kakao's dominance isn't likely to change in the coming months, meaning that those eyeing the South Korea market should never let the outfit out of their sight.

To learn more about the South Korean market, as well as the mobile games spaces in Russia and Eastern Europe, India, South East Asia, China, Western Europe and the US, Japan, Latin America, Africa and the Middle East, be sure to get your copy of our Global Markets 2013 report here.