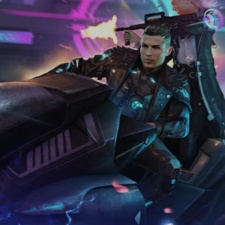 As part of SportQuake’s ongoing series with PocketGamer.biz looking at the growing relationship between gaming and football, Garena Free Fire producer Harold Teo joined SportQuake CEO Matt House to share insights into the value of football sponsorship for game developers and how the two companies worked together to achieve success.

Harold Teo: Free Fire was designed with three key principles in mind: to develop a game exclusively for the mobile player; to offer a highly localised games experience that appeals to player's tastes and preferences; to build a strong global community through grassroots events and local influencers, among others.

Our goal has always been to provide new and engaging experiences for Free Fire players all over the world. One way to do this is to align with their interests beyond gaming, including sports.

Matt House: We are now in a new era where football is coming together with games, tech, media, music and fashion as part of a new global entertainment business.

An increasing number of game brands are seeing huge value in partnering with sports teams and athletes as a means to drive awareness and engagement among lucrative casual gaming audiences, who account for over 80 per cent of global gamers.

The team at Garena totally got this and had a track record of successfully activating authentic partnerships across sport, film and music. This approach has proven successful and is among the reason why Garena Free Fire was the most downloaded mobile game worldwide for both 2019 and 2020, according to App Annie. So it was more about taking things to another level and, within this, thinking globally.

An increasing number of game brands are seeing huge value in partnering with sports teams and athletes...

Harold Teo: From understanding our players, we knew that football was an area of interest for many of them. Earlier in 2020, we partnered with Colombia’s James Rodriguez and David Ospina in a locally-driven online charity tournament that attracted over a million views.

If you think of globally renowned icons - from the sporting world and beyond - there is no doubt that Cristiano Ronaldo is one of the most recognisable of our generation. We also share many of the same values, including the constant pursuit of excellence.

Our campaigns are always planned and executed with our players in mind and our communities love Ronaldo. We wanted to appeal to this interest by integrating Ronaldo into Free Fire, offering exclusive in-game content with one of the world’s biggest stars and introducing more people to Free Fire in the process.

Matt House: Football is the world’s most popular sport with a large and diverse ecosystem engaging more than four billion people in over 200 countries. If you’re a brand and want to reach football audiences effectively and at the right price, you need to be aware of all the choices.

Working across the entire football ecosystem - all rights owners, all inventory - we helped Garena qualify its insight that Ronaldo was the right partner to drive their specific business goals.

As well as his huge popularity among Garena’s community, the Juventus forward stood out for the following key benefits:

Brand fit - As an innovative company, Garena wanted to become the first battle royale mobile game to integrate a footballer as a playable character. To do this successfully, they required a partner who was globally relevant, recognisable and who epitomised their ‘Be The Legend’ tagline. Ronaldo fit this profile and as we’d worked with his team before, we were well placed to pitch the idea and ensure a creative collaboration that benefited all parties.

Huge engaged social audience - Ronaldo is the world’s most popular athlete and the most followed person on Instagram (recently becoming the first person to hit 300 million followers on the platform). This huge online following would prove invaluable to amplify the campaign via a cross-channel promotional strategy and bring new players to the game.

Activation: Integrating Ronaldo as a playable character in the Garena Free Fire universe

Harold Teo: The partnership launch campaign had three key moments. Firstly, the release of the campaign name and teasers of our new partnership online and in-game. We were immediately encouraged by how excited our community was at this news.

Secondly, the official partnership announcement. The news was shared across both Garena Free Fire and Cristiano Ronaldo’s digital channels with a hugely positive response, which included positive media coverage globally.

The campaign preparations and activation took place during the global pandemic, but the agility and ability of the team, plus constant communication with Ronaldo’s team, ensured an impactful launch.

Global awareness - Developers are using football’s unique ‘always on’ platform to reach new audiences around the world via a constant stream of content on TV, digital, social and offline channels.

Harold Teo: Every campaign is done with our players in mind and one of the most important results is the feedback we receive from our players. The reaction to the partnership with Cristiano Ronaldo has been incredible and we hope to continue delivering experiences like this to our players.

Matt House: The partnership has already been a huge success across all the metrics on which Garena was basing the campaign for example in-game revenues, new users, global 'talkability' etcetera.

We’re just getting started, the next phase is going to be another level again!

How Plarium made esports sponsorship history with Natus Vincere