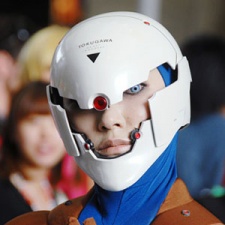 If you need an excuse to come to Tokyo then you’re obviously not looking very hard.

It is one of the world’s finest cities, home to unerringly punctual public transport, polite and friendly people, more Michelin stars than you could fit in any firmament, and enough karaoke booths to house an entire continent of crooners.

It is also home, of course, to one of the world’s most flourishing markets for mobile gaming.

But if you are still struggling to find an excuse to come to Tokyo, then surely the Tokyo Game Show, due in less than a fortnight, should provide you with a half decent one.

With over 400 exhibitors, over 200,000 attendees, keynote speakers and panelists from King, COLOPL, Sega, Bandai Namco, Google, GREE, Tencent, DeNA, Gamevil, anyone who is anyone in the Asian games industry will be there.

The Indie Game Area returns from last year; the Asia New Stars Area confirms Japan’s importance as a hub to access other parts of Asia; and as a partly consumer-facing show it’s a chance to engage directly with Japanese gamers and see what they’re interested in.

Come along on the business days to rub shoulders with industry insiders; pop along on the public days to ogle the scary men holding herds of toy cats, or gaze in wonder at the frighteningly authentic cosplayers.

In fact, if you can squeeze in some sightseeing while you’re over here it will provide a perfect opportunity to observe Japanese mobile users in the wild. Ride any train or subway and it will help you get a grasp on exactly why mobile games are such a booming business over here.

As well as being one of the world's most competitive mobile markets, Japan is also one of the most lucrative.

And if you are patient enough to check out the telly back at your hotel you might also begin to understand the importance of TV advertising, too - though sadly, if you don’t speak Japanese you will miss out on all the joke; for all the slings and brickbats casual observers throw at it, Japanese telly remains some of the best in the world.

Which is also true of Japanese mobile games.

But even though it is surely one of the most competitive markets in the world, as well as one of the most lucrative, companies like King, Supercell, Digital Sky, Koram Game, and Machine Zone are proof that there are more foreign developers succeeding in Japan than ever before.

Prepare meticulously, of course. Make sure your app store page and creative are as appealing to Japanese users as to western ones.

In the future we hope that the AI-driven targeting solutions that Metaps is rolling out will make it easier and more efficient than ever before to reach the type of users who are likely to like your game. But for now, given the high cost of CPC and CPI networks in Japan, boost/ranking campaigns remain one of the most effective ways to reach large numbers of gamers, and to create the momentum needed to maximize the impact of any follow-up promotions.

But don’t take our word for it. If you’re heading over here you should canvas as many expert opinions as you can.

So if after all of the above you’re still struggling to convince your boss to fly you out to Japan, maybe you can mention the parties.

Kick off TGS with the Metaps Tokyo Mobile Game Night: a chance to meet some of the most important decision-makers from Asia’s biggest mobile developers and publishers, including LINE, Gamevil, KLab, and SquareEnix.

By the time you’ve listened to them share their experiences and enjoyed a few drinks and nibbles to finish off the evening you’ll only be a short walk away from Pocket Gamer’s own Annie Wonderland party in Roppongi.

You couldn’t ask for a better way to kickstart your success in Japan and Asia.