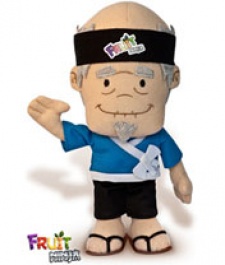 And over 200 million of those have happened in China.

It's a figure that's generates around 50 million monthly active users in the country.

That's according to Halfbrick's chief marketing officer Phil Larsen, who's been talking at the Global Mobile Internet Conference in Beijing.

Halfbrick works with local Chinese publisher iDreamsky to get its games onto the key operator app stores and local Android markets.

Of course, as many companies have found, strong downloads in China don't equate to western-levels of monetisation.

Halfbrick is looking to roll out specific content for its Chinese players, however, with special themes and weapons being released next month.