A key reason was that Resident Evil 6 sold 4.9 million units, less than the company predicted.

However, Capcom's mobile operations continue to grow apace, with cumulative downloads over 100 million.

Smurf's Village remains a solid performer, while Minna to Monhan Card Master on Mobage and Resident Evil: Outbreak Survive on GREE both have over two million users in Japan. 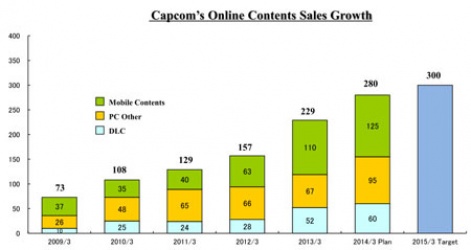 The company is also investing more in its family-oriented Beeline operations, which accounts for 56 million of the company's total downloads.

Alongside offices in North America, Europe and Japan, it's opening one in Thailand.

It also expect to release another Peanuts-branded game with Snoopy 2 (working title) due in the winter.