Can you hear us now? KakaoTalk reaches 100 million users milestone

July 2nd, 2013 - 07:38pm
By Matthew Diener, US Correspondent
The South Korean-based social messaging app KakaoTalk has celebrated a major milestone, with the platform having recorded its 100 millionth user registration.

Said achievement comes almost exactly three years and three months after the startup KakaoTalk launched in Korea and follows the 90 million user milestone which it reached in May 2013.

Kakao itself claims the platform's growth can be pinned down to the firm's innovation, with a campaign that saw changes suggested by users implemented within the app itself paying off.

Earlier this year we examined the growth patterns of KakaoTalk and its Japanese competitor Line which was - at the time - growing faster.

While Line still boasts more users than KakaoTalk does, the addition of 10 million users in a little over a month suggests that KakaoTalk is close to closing the gap - and underscores the popularity of these emerging social networks in Asia, although both Line and Kakao are also starting to build up presence in European countries such as Spain. 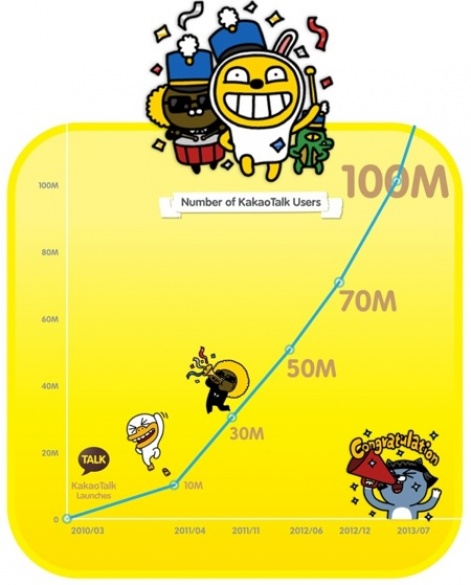