The next big market unwrapped 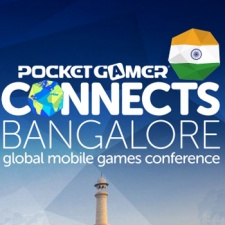 Steel Media, publisher of PocketGamer.biz, has announced plans to take its Pocket Gamer Connects conference to Bangalore, India, in 2015.

Working with leading global games publisher Reliance Games headquartered in India, the event – scheduled for 16-17 April – will be PGC’s first foray into the Asian market, aiming to connect the biggest names from established markets in Europe, North America and Asia with the next wave of mobile developers and consumers in India and Southeast Asia.

“Pocket Gamer Connects has already established itself as the leading mobile games event in the Western world, catering to over 1,500 of the global mobile games industry's top professionals in 2014 alone through its inaugural events in London and Helsinki,” said Steel Media Managing Director Chris James.

Presented in partnership with Reliance Games, PG Connects Bangalore will retain the key ingredients that have made the recipe so successful: distinctive, short-form lectures from smart, engaged speakers aimed at providing insight and inspiration, with honest panel sessions offering frank opinion and advice. There will also be intensive networking and fringe events to further bolster the growth of invaluable connections.

“Whether you’re a major industry CEO or an indie developer or student on the verge of creating the next big breakout hit, we’re committed to delivering an experience that offers something of real-world value to everyone who attends,” said Manish Agarwal, CEO of Reliance Entertainment Digital.

“We’re excited to work with Steel Media to create something with a uniquely regional flavor, connecting a global industry with a local audience through constructive information and relationship-building.”

More informationon Pocket Gamer Connects Bangalore’s special speakers and events will be unveiled  over the coming weeks on the conference's official website. However speaker submissions to the event are now open, as well as advanced ticket sales.

A taste of what is to come at PGC Bangalore, including a talk from Reliance Games CEO Manish Agarwal, will be presented at Pocket Gamer Connects London in January. For more details, or to sign up for PGC London tickets, please visit the official site.