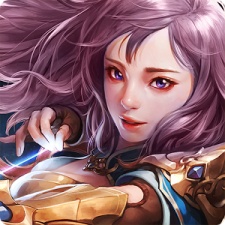 Nexon pinned the blame largely on the economy of various regions. It pointed to China as having a "slowdown of the economy's growth rate", and the influence of Brexit on exchange rates.

It saw some success in its home country of South Korea, having released multiple titles in the region including Chaos Chronicle and Master of Eternity.

The portfolio approach didn't work as well in Japan, however. Nexon pointed to declining revenues in its browser games to explain the slight drop off in overall mobile revenue.

The graphically impressive title Heroes of Incredible Tales saw a strong performance after its global release. Southeast Asia was a particularly strong market for the game, and Nexon said it contributed to growth in North America and Europe.

Looking ahead, Nexon is continuing with its portfolio approach to drive revenues. It is planning to release mobile versions of its Maple Story and Dungeon&Fighter IPs by the end of 2016.