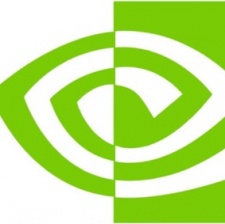 Bloomberg claims that “according to people familiar with the situation”, Softbank has picked up a 4.9% stake in the company.

That number is just below the amount required to make a regulatory disclosure in the US.

The purchase makes the Japanese firm the fourth-largest shareholder in the chipmaker.

Nvidia has had a number of dealings in the games industry, recently powering the Nintendo Switch with a custom Tegra processor.

The money for the deal comes from Softbank’s enormous Vision Fund, which it plans to use to invest in technology companies around the world including those in mobile applications, computing, AI, robotics and the internet of things.

Over the weekend the Japanese firm made its first close for the Vision Fund with an initial commitment of $93 billion.

As well as pumping in its own money and that of the Public Investment Fund of the Kingdom of Saudi Arabia, other investors include Apple, Foxconn, Qualcomm, Sharp and the Mubadala Investment Company of the United Arab Emirates.

It was in this announcement that Softbank said it had invested in Nvidia, as well as other companies. The terms of those deals were not disclosed, however.