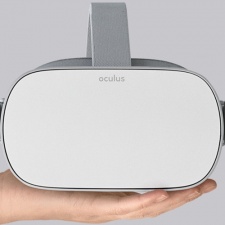 As part of the deal, Xiaomi will be manufacturing both the Go and a China-specific version, branded the Mi VR Standalone. Both headsets will use the same core technology.

The firms have also partnered with Qualcomm to use its Snapdragon 821 Mobile VR Platform. The headset will feature a 2K high-resolution LCD screen and integrated spatial audio, along with "next-generation lenses".

"Through our partnership with Xiaomi, both Oculus Go and Mi VR Standalone represent our first step in delivering that sweet spot between mobile and PC VR. These devices will be, hands down, the easiest way to get into VR."

The Oculus Go was first revealed back in October 2017 at Oculus Connect 4. It is pitched as a mid-point between current mobile VR and PC VR setups.