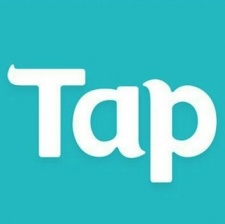 Chinese online games portal TapTap has been slapped with a fine and its services suspended for three months for violating games publishing laws in the country.

When developers around the world publish their games in China, they must adhere to strict rules and gain approval from the Chinese government for release. Rules include obtaining a licence to be published, while there are also strict guidelines about appropriate content.

TapTap's portal offers download links and promotions to a plethora of apps and games available for download from local and international developers.

It’s been reported in local media - confirmed by our own industry insiders - that the Chinese government is cracking down on those who break the rules in the online games market.

As part of this, TapTap has been found guilty of of providing downloads for and promotion of a large number of foreign games that did not have the approval of the Chinese government.

It’s claimed such apps include those abetting crime, that promote pornographic and bloody violence, and contain other illegal content. Games affected include Iron Blade, Gangstar Vegas and Zombie Anarchy.

The apparent large amount of illegal publishing activity and number of apps breaking the rules has led to a $50,000 fine and the three month suspension.

In its own statement TapTap admitted it had violated download and screening procedures of unauthorised overseas games in China.

“TapTap is currently operating a normal service, making all out-efforts to ensure that overseas developers are not inconvenienced and will follow the official Chinese law and developer better services,” read the statement.

TapTap isn't the only company to have been affected by the government crackdown though.

Thousands of games licenses have been investigated, as well as content on other media, and companies such as Tencent, Xiaomi, 360, IM30 and others have been handed either fines and/or warned about their behaviour.

Tencent was fined after it was judged to have published content that showed violent, pornographic, gambling and even 'terrorist' activities following a partnership with a video company called YinJun.

Publisher ChineseAll has also landed itself in trouble for its RPG Cang Lan Jing Jie, which showed too much nudity.

Publisher IM30 meanwhilewas hit with a fine for its online games Last Empire - War Z and Zombie Battle, which are said to promote violence.

With the crackdown it appears to be harder than ever to break into the Chinese games market and is an example of how important it is to meet China’s publishing guidelines and ensure local partners are abiding by the rules.