More than 10 million people are playing every single day 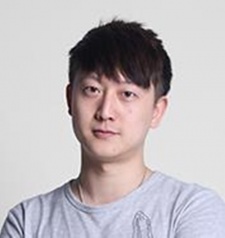 “The performance in China has been beyond our expectations,” said Pan.

“We are happy to see that so many players love to play a game that we designed.

"After the game launched in China, we talked to a lot of players and listened to their feedback, which gave us a lot of inspiration for the global launch.”

Identity V launched globally on July 5th after being available in China the month prior.

Gameplay revolves around a four vs one asymmetrical multiplayer system that pits a hunter against a four-person team of survivors. The hunter's goal is to capture the survivors while the latter looks for clues to find an escape.

The two reached an agreement to incorporate the featured system in May of this year, with Behaviour’s game director Mathieu Côté and Dead by Daylight product manager Alex Lin coming onboard the project as gameplay advisors.

Update: After first publishing, we were informed the previously supplied data was incorrect due to an error in translation. The story has been altered to include the correct data.

A full interview with Identity V product manager Sylar Pan and game designer Qi Chen will be up on PocketGamer.Biz soon.

NetEase’s PUBG-like Knives Out pulls in over $370 million