But some leaders have fired back, claiming workers who don't put in their 12-hours-a-day are unambitious 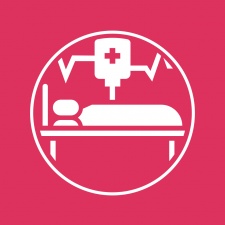 A growing movement in China is challenging games and tech companies for their harsh overtime policies.

The 996.ICU movement is trying to take on what appears to be a growing trend of companies enforcing “unofficial” workdays of 9am to 9pm - a practice that risks employee health and can send workers to an intensive care unit, hence the name 996.ICU.

Chinese law states that employees on this kind of schedule are due 2.275-times their standard pay, but activists claim this is rarely enforced properly. An advocacy site lists further breaches in the law broken by 996 schedules.

The movement has set up a GitHub repo to log evidence of working conditions, with a blacklist of companies in violation including Tencent, NetEase and Alibaba among many others.

Alibaba in particular appears unapologetic for its use of lengthy workdays. CEO Jack Ma has been outspoken in his support of the practice, claiming employees who don’t work 12-hour days simply don’t want to succeed.

"I personally think that 996 is a huge blessing," said Ma on Weibo. "How do you achieve the success you want without paying extra effort and time?

The pushback against 996 joins an international movement against overtime in the games industry. Only yesterday, news broke that Fornite’s success was being earned through perpetual crunch that many claimed treated workers as disposable bodies.